A Proud Moment For Erona!

Such a proud moment for Erona, she has worked so hard and achieved so much in the last 12 months.

We are very proud to announce that Erona has now signed for Birmingham City FC.

What a fabulous achievement Erona, we are all super proud of you too!

Katy, Rosie and Sophie raising money for the school!

Katy, Rosie and Sophie held a fete in their garden for their friends and family and raised £5.06 for the school. We are so very proud of the girls for raising money in this way. The girls have chosen two new books for the new library. The books will be dedicated to the girls so that we always remember their wonderful act of kindness.

Albert Cartwright arrived at school this morning with a blue carrier bag full of rubbish that he had kindly collected from our local community. Albert is very keen on keeping the animals safe both on land and in the ocean. Well done Albert, you certainly deserve a place on the Community Champions web page!

We are all incredibly proud of you. 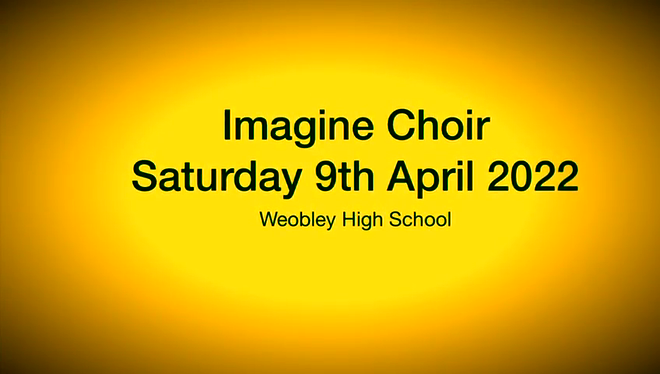 On Saturday 9th April, 20 members of our school choir took part in a special fundraising project at Weobley High School. Please see below for more details. We really want to help the people of Ukraine, so it would be wonderful if you felt able to make a donation to the JustGiving page. Thank you in anticipation.

A message from Joanne Lowry:-

Hello! I’m fundraising for British-Ukrainian Aid. Here’s my JustGiving page, if you’d like to donate: https://www.justgiving.com/fundraising/imaginechoir

Please share far and wide……
We have raised a staggering £1252.28 to date but there is still time to donate to the just giving page by clicking on the link above!

A Random Act of Kindness For Our Special Community

Members of the Volunteer Program, Mrs Bagley, Mrs Millington-Jones, Mrs Jones and Ernie the dog all had a very special morning spreading our love and kindness around our community.

Residents near to the school were given little bunches of daffodils to say Happy Easter and a tag that thanked everyone for supporting us.

The children thoroughly enjoyed talking to local residents and delivering happiness to each door step.

Thank you to Mr Vincent, a pupil of St Paul's from 1954 - 1959. Mr Vincent has kindly given us his original copy of the 1931 edition of The Model Railway News. Photographed is a wonderful article written about the Tupsley School Model Railway.

We will treasure this edition for many years to come.

Charity Bring and Buy Sale raises £393.22. Thank you everyone and especially the School Council.

The School council organised a vote to decide which local charities the children would like to support this year. Groups spoke well in assembly, to explain why people should vote for a charity which is important to them. St Michael's Hospice, Many Tears (an animal charity) and Cancer Research were chosen. A giant Bring and Buy Sale will be organised before Christmas.

In our community, we already have some stars who are changing the world. Some of our pupils and staff have gone above and beyond to help support the local community and raise money for amazing causes.

Read on to find out more about them.

Harry has raised an incredible amount for the RNLI. You can read an article published by the RNLI below!

Bring & Buy Sales, chores at home and Wear What You Like has raised £630 for our friends.

Harry's Wellie Run For The RNLI has raised £237

"I was once rescued by the RNLI when I was on a boat that had broken down. Even before being rescued, I supported the RNLI! I've recently been fundraising for the RNLI and I thought this event is an amazing opportunity to raise more. I'll be running in my Cheltenham Town DV kit and wellies!! Please help me save lives at sea by donating!"

You can help Harry to raise money for this amazing cause by clicking on the link below.

Elizabeth raised over £1000 for The Courtyard!

In the middle of June, Elizabeth decided to raise money for The Courtyard. She asked friends and family to sponsor her to run 1 mile to school and back for 30 days!

Elizabeth described The Courtyard as “one of her favourite places” and said she wanted to raise money for it as she “misses it so much”.

Rebecca, Elizabeth’s very proud Mum, said:
“Elizabeth decided she wanted to run Wednesday and Thursday as that was our days on our own, as Flo, her little sister, was at nursery. After a day we had raised over £100, so she extended it to 30days! Elizabeth chose to run to school as it comforted her to know it was there even though she couldn’t go. Sometimes she caught a glimpse of a teacher who would wave. It really gave her focus and made a routine out of our day. The fundraising total was also great for her maths, working out how much she had gone up each day. It was wonderful to watch her get so excited that she herself had raised the money!”

Harry has decided to take on the mammoth task of completing 60 walks during Lockdown 3 to raise money for the British Heart Foundation.

'My dad works for the British Heart Foundation and I love walking. I've climbed a lot of mountains like Pen-y-Fan, Hay Bluff & Cats Back. So I decided to do 60 walks and I hope I can raise money to help people in need.'

Harry has so far raised over £720 for the cause -  just fantastic! If you would also like to donate, please follow the link below. 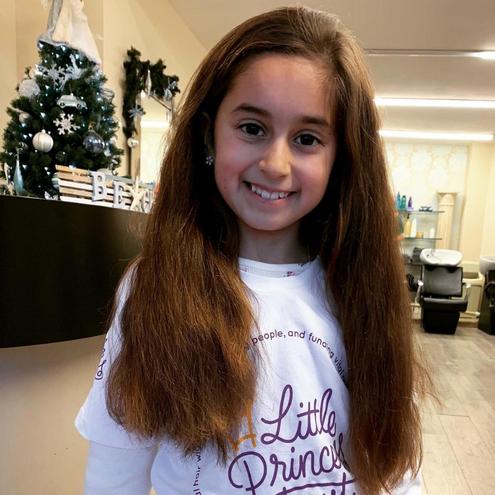 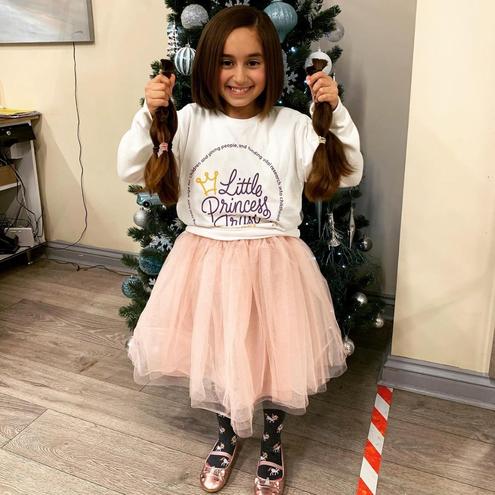 The Little Princess Trust provides free real hair wigs to children and young people, up to 24 years, who have lost their own hair through cancer treatment or other conditions.

Recognising the importance of helping other children who are less fortunate than her, Scarlet made a brave decision to cut her long hair and asked her friends and family for support in raising money for the cause.

Scarlet chopped off a staggering 10.5 inches from her hair and raised £815 for the charity. What a star!

Unfortunately not the ones with chocolate chips.

Some cookies are necessary in order to make this website function correctly. These are set by default and whilst you can block or delete them by changing your browser settings, some functionality such as being able to log in to the website will not work if you do this. The necessary cookies set on this website are as follows:

Cookies that are not necessary to make the website work, but which enable additional functionality, can also be set. By default these cookies are disabled, but you can choose to enable them below: